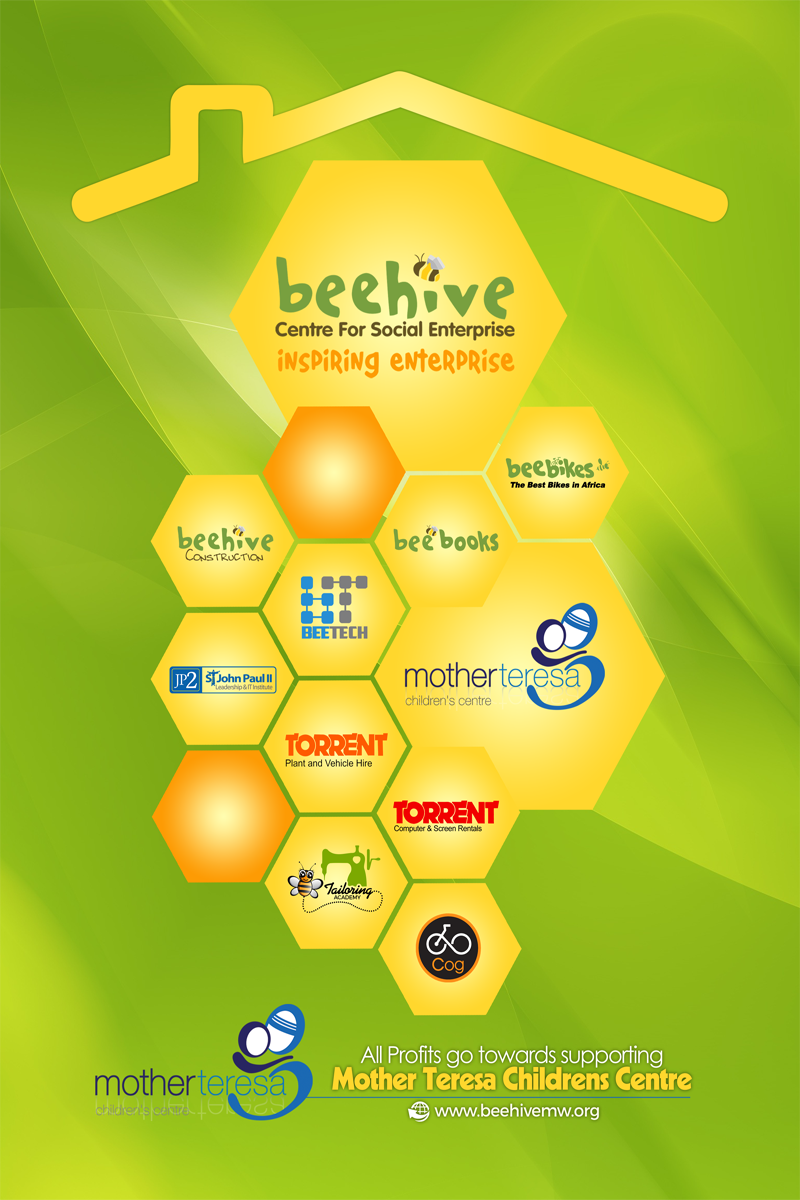 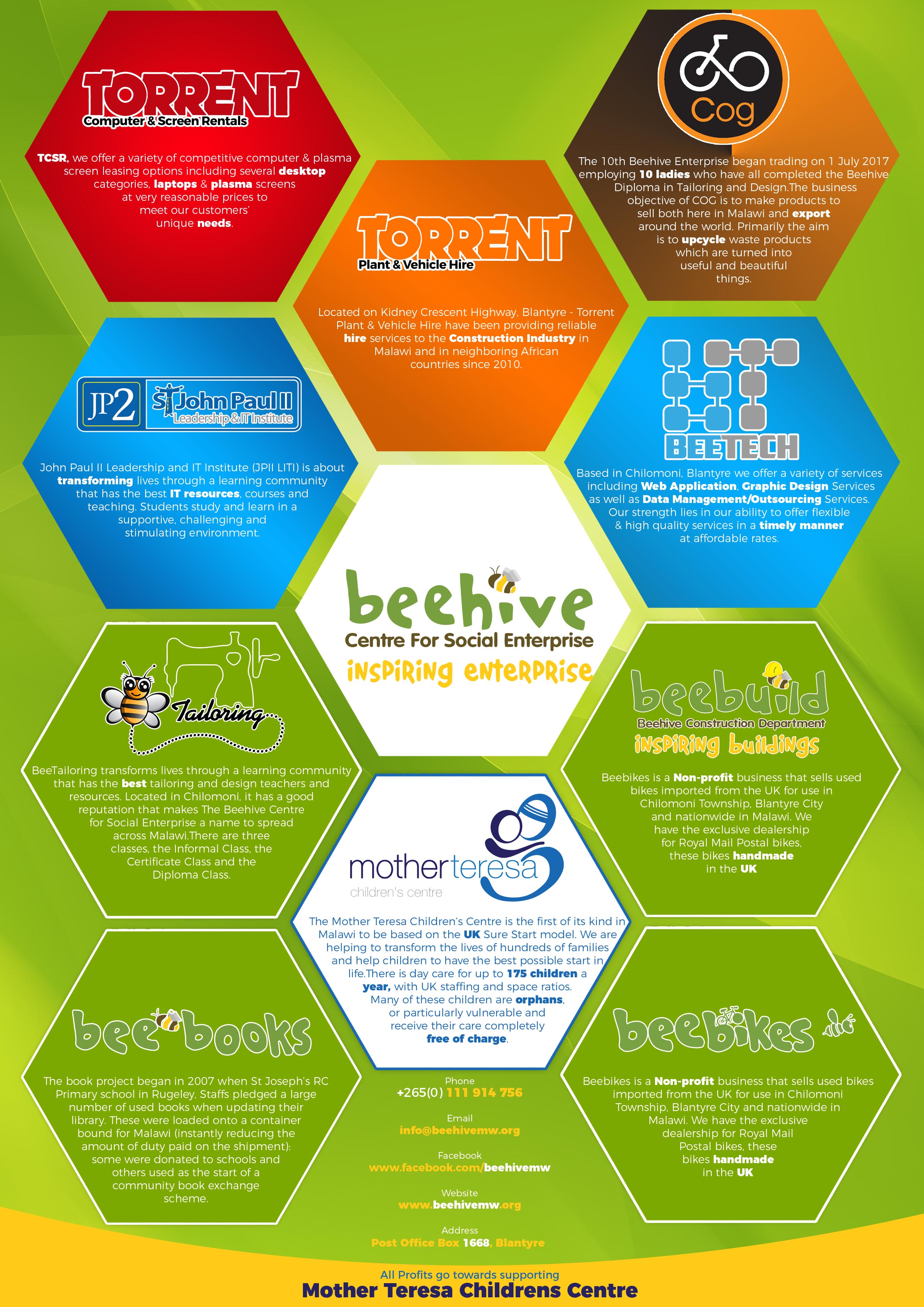 In 2007, while visiting the Krizevac mountain in Malawi, trustees asked community groups in Chilomoni township what the biggest problem was. Their cry was loud and clear, "jobs". One local man asked; "why don't we turn these falling-down old classrooms behind the church into a beehive of activities?" This compelling idea was the start of Beehive Centre for Social Enterprise which has become a major source of vocational training, employment and enterprise creation

Chilomoni is a township on the edge of Blantyre, one of the largest cities in Malawi. People move to Chilomoni for cheap housing in the hope of finding work in the city, but jobs are hard to find. Rapid urban growth compounds the problem as more people seek fewer opportunities, but the message from the community was not "give us money", it was "give us opportunities". This conversation was the beginning of something special and the founding of our guiding principal to generate the funding needed to transform the community within the community itself; breaking traditional reliance on external funding and charity handouts

Through Beehive, the township around the base of the mountain is being transformed with the creation of a number of enterprises including everything from brick making to computer and plant rental. Beehive Centre for Social Enterprise is a locally managed and governed project supported by Krizevac to act as a hub of support so that entrepreneurs in Malawi can start new businesses. They all act as not-for-profits, with all surpluses generated being ploughed back into the enterprises and into projects that meet wider social need, such as the John Paul II Leadership and IT Training Academy & the Mother Teresa Children's Centre